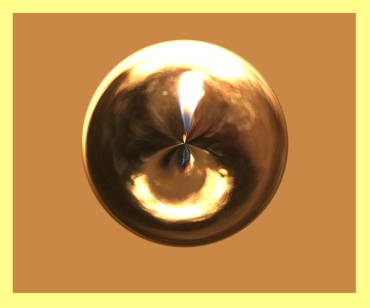 That which hath been in existence had existed before, but not in the form thou seest today. The world of existence came into being through the heat generated from the interaction between the active force and that which is its recipient.     ~Baha’u’llah

This world of existence, this endless universe, has neither beginning nor end…. It may be that one of the parts of the universe, one of the globes, for example, may come into existence, or may be disintegrated, but the other endless globes are still existing; the universe would not be disordered nor destroyed; on the contrary, existence is eternal and perpetual.  ~’Abdu’l-Baha

…these spiritual realities infer truths about the material world. For physical things are signs and imprints of spiritual things; every lower thing is an image and counterpart of a higher thing. Nay, earthly and heavenly, material and spiritual, accidental and essential, particular and universal, structure and foundation, appearance and reality and the essence of all things, both inward and outward — all of these are connected one with another and are interrelated in such a manner that you will find that drops are patterned after seas, and that atoms are structured after suns in proportion to their capacities and potentialities. For particulars in relation to what is below them are universals, and what are great universals in the sight of those whose eyes are veiled are in fact particulars in relation to the realities and beings which are superior to them. Universal and particular are in reality incidental and relative considerations. The mercy of thy Lord, verily, encompasseth all things!  ~Abdu’l-Baha